Home / WORLD / ‘In South Dakota we stand WITH you’: Gov. Noem offers jobs to cops leaving Seattle in droves amid Defund the Police movement

‘In South Dakota we stand WITH you’: Gov. Noem offers jobs to cops leaving Seattle in droves amid Defund the Police movement 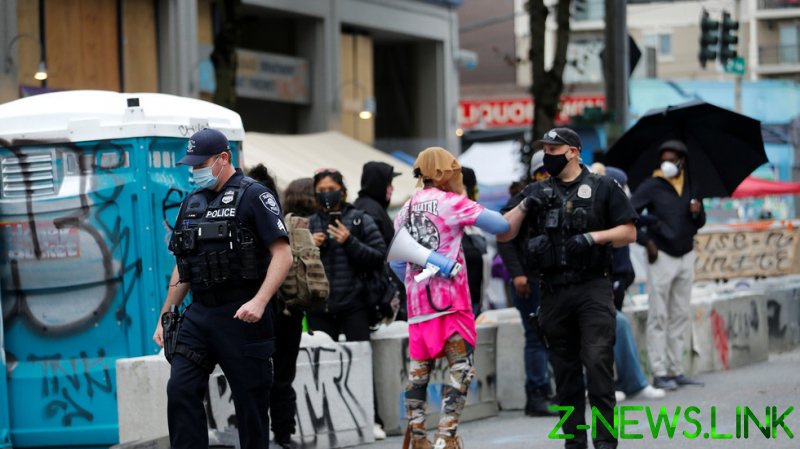 In her message to Seattle police officers, the Republican governor promised South Dakota would not “demonize” them.

“In South Dakota we stand WITH you,” she tweeted on Saturday. The governor even added a link to a website listing law enforcement job openings.

Noem’s tweet follows Friday news that Seattle police officers are leaving their department at an “unprecedented” rate. The department currently has around 1200 officers employed, the lowest number in years. Over 100 have left their positions this year, and nearly 40 left in September, about four times as many as typically do so in other years.

The void left by officers leaving the department has led to concerns, as 911 response times to even the most serious calls are already up from last year.

Officers leaving follow the city council cutting their budget, and some members supporting future cuts of up to 50 percent amidst ongoing Black Lives Matter protests in the city.

Noem has criticized Seattle and its leadership in the past, even saying the city had been overrun by “violent mobs” when speaking at the Republican National Convention in August.