Home / Society / In social networks burst out into another language dispute

In social networks burst out into another language dispute

The journalist has caused controversy in the Network.

Russian journalist Anastasia Mironova has asked Ukrainians not to write to her in Ukrainian, but in Russian only.

The record appeared on the page in Facebook the journalist provoked the whole language dispute.

“Ukrainians, why in the* * * * you to me personally, and I have written comments in Ukrainian? With English you come to communicate? Or you think that only Russians have to learn Ukrainian? Okay – I. I taught old Russian, Church Slavonic and Polish. I know something about. But ordinary Russians the meaning of your words catch vaguely. By the way, most of the alleged Ukrainians write in a funny language with lots of errors and Rostislav,” – said Mironov.

In addition, the reporter has not paid attention to the Belarusian language.

“As such, only Ukrainians, Belarusians, because Belarusian no tears no Russian-philologist can not read at all. The Ukrainian write Ukrainian. On Belarus – the Belarusians. Write here in Russian,” – said Mironov.

Ukrainians, why the fuck are you to me personally, and I have written comments in Ukrainian? With English you also for your promise…

Published by Anastasia Mironova on 26 June 2017.

“None this time, except for the Russian-speaking citizens, ever tell me what language I should write, read, talk or think. Just an observation,” wrote user Boo Maria.

“You write Ukrainians? Doubt! Fastest kremlinology – the same mercenaries of the propaganda machine, like You!” – posted by Edward Katenov.

“After reading these posts I have (mostly almost completely Russian-speaking people) there is a desire to talk to them,” said Nick Gorokhov.

“But I do not understand why the “Belarusian no tears no Russian-philologist can not read at all.” Type of language is this funny? Direct uhohatyvalsya to tears by the Russians? And why are you all Russians here to speak? The question is rhetorical, of course,” added Ole Na.

See also:  A day in the area of environmental protection: one soldier wounded

“Hmm. Ukrainians and Belarusians well understand each other. And text, and speech. And only the Finno-Ugric peoples, Oh, the Russians don’t understand us,” wrote Alexander Kravchenko.

At the same time, other users supported Mironov.

“I’ve been writing this idiot – who and what are you trying to tell us? If I do, then nothing happened – I don’t read through a translator, as I don’t read the transliteration. Want to talk to yourself – your business,” wrote Felina Felis.

“Actually, when I come to visit (in this case on the page of Anastasia), it is accepted to speak in the language of the host, even if you are not a native speaker of that language. Or silent, if you do not know the language. It is strange that some representatives of the Ukrainian people not familiar with elementary rules of conduct,” said Jelena Slepova. 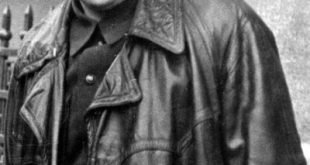 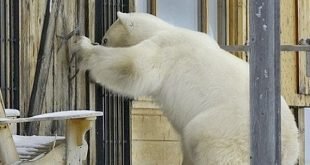 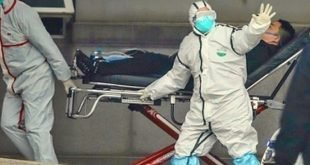 According to the survey, 59% of Russians believe that caused by a coronavirus disease COVID-19 …