Home / business / In Sochi, a drunk driver went up the stairs and got stuck

In Sochi, a drunk driver went up the stairs and got stuck 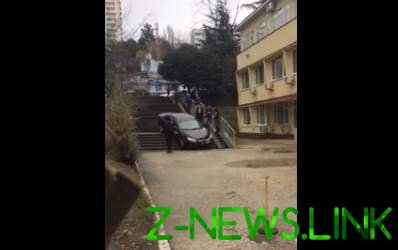 The car had hit the bumper into the asphalt.

The car tried to move down the stairs in the center of Sochi, however, is stuck. It is reported portal sochi.com he also published video of the incident.

According to him, the incident occurred on Monday, January 1, in front of the cinema “Sochi”. The driver decided to move down the stairs, and the car ran the front bumper into the asphalt.

It is noted that at a wheel there was a drunk man. He appeared on the stairs, unknown. Also not reported, whether attracted him to any liability.

In July 2017, the police in Sochi detained a drunk driver who tried on the SUV to move down the stairs in the center of the city.