Home / WORLD / In Slovenia the results of the presidential election

In Slovenia the results of the presidential election 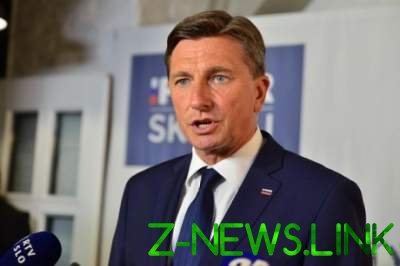 The electoral race was won by the incumbent head of state.

In the second round of presidential elections in Slovenia are won by the incumbent head of state, Borut Pahor, gaining more than half of the votes.

After counting 99.9% of the votes, according to election Commission, Pahor gained about 53% of the vote, his rival, the mayor of Kamnik Marjan Shares – 47%.

Voter turnout was about 42%. This is the lowest rate in presidential elections since the independence of Slovenia in 1991.

“I’ll be President all (Slovenes), I will connect people based on things that are for us are common,” said Pahor after he secured a five-year mandate. According to him, he will focus on cooperation, political stability and security.

About 1.7 million people had the right to choose between the two candidates who passed to the second round.

The role of President in Slovenia is largely ceremonial, the main power is the Prime Minister. But the President heads the army, and also nominates candidates for several high-profile positions, including Chairman of the Central Bank.

Pahor, who once worked as a model, known for his photos in Instagram, in which he demonstrates the performance of official duties, as well as participation in various sporting events.

His election campaign included a 25-day Hiking route which he was about 700 miles, holding meetings with local residents.

He is a former leader of the center-left social Democrats, was Prime Minister of Slovenia from 2008 to 2012, the years that led to the worst financial crisis in the history of Slovenia.