In SkyUp told whether to buy Boeing 737 MAX 8 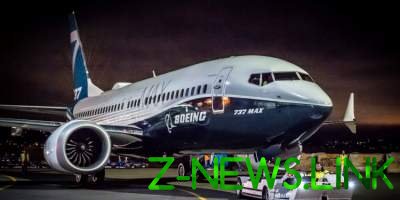 The crash will not affect the decision of the carrier.

The plane crash in Ethiopia will not affect the decision of a carrier to buy aircraft of this series.

In an interview with the CEO SkyUp Eugene Hojnacki, stressing that before the introduction of the boards in the disposal of the airline enough time to collect information about the results of the investigation as Ethiopian and Indonesian disasters.

Under the terms of the contract with Boeing Corporation, recall, receipt of aircraft is expected in 2023. In SkyUp Airlines also note that you have already created a working group consisting of employees of production units, which will monitor, collect and process information on incidents involving Boeing 737 MAX order to develop a plan for further action.

Three aircraft of the same series are expected in 2019 in MAU. Comments from the airlines on this issue have not yet been. Also in Ukraine such planes fly LOT, Turkish Airlines and flydubai.

Earlier, the world media reported that some airlines and countries have suspended flights of Boeing 737 Max 8. In particular, stayed on the ground all the remaining four aircraft of this model, Ethiopian Airlines, whose aircraft had crashed on March 10 during takeoff from Addis Ababa. A similar decision was taken by the leadership Cayman Airlines. A total ban on overflights of aircraft of this model over its territory introduced Singapore, Indonesia, China, Malaysia, Australia, UK and several other countries. Writes bbc.com the U.S. didn’t suspend flights, but demanded from Boeing to upgrade the software. The Corporation promised to do so in the near future. A number of countries also initiated additional checks on the safety of this type of liners. It is also noted that the aviation authorities will force the airline to carry out additional training for pilots flying airplanes in this series.