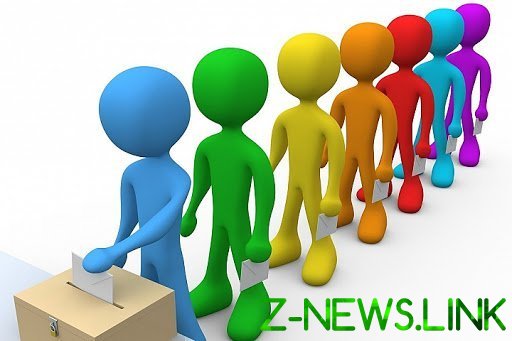 In Saratov the parents of pupils of school No. 5 received in the General chat from the class teacher on the subject of amendments to the Constitution. The text says that against changes of the Constitution are “transformers”, the radical atheists and “information agents”. This is reported by the “Free news”.

In the post “Who is against amendments to the Constitution of the Russian Federation” lists the categories of such people. According to the author, is primarily Russian-speaking Ukrainians, Balts and Georgians, who may seek to alienation of Russian territory, “a bunch of radical atheists”, since the Constitution is a direct reference to God, as well as Russian-speaking citizens of Poland, Canada, USA, Baltic States, Ukraine and information, state agents and those of other countries. It is noted that the West opposes changing the Constitution, as it “against a strong, spiritual, and moral of the youth in Russia”.

In addition, the publication States that the amendments will be spelled out state protection of children “from LGBT and other propaganda shit” and “juvenile Western lobby” will be against a strong and ethical young people in Russia.

Even the opponents of the Constitution include Russian liberals and their supervisors in the United States and the West, Bandera, agents of the security service of Ukraine, agents of special services of Georgia and the United States, the Baltic States, Poland, Moldova, Kosovo and other countries, all Russian and Russian-speaking world of “transformers” (feminists, gays, lesbians). Indicates that amendments will not allow “breed in Russia, the whole of the Western abominations and unclean things”.

The parents said that the teacher radoslawa the message is a member of the PEC from the party “Rodina”. The local authorities decided to hold on the fact of distribution of propaganda messages check.

“Transformers” is a mistake in the word “transgender.” So in 2019 at a press conference misspoke Vladimir Putin. 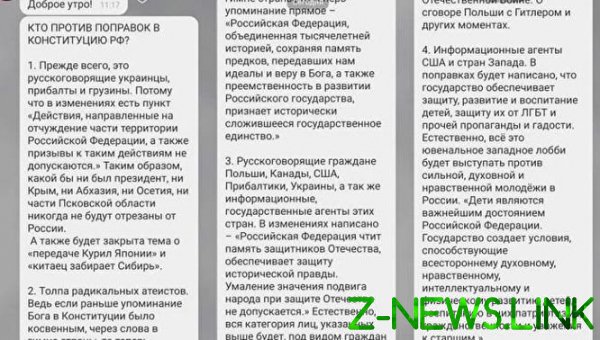 The President signed adopted by the state Duma and Council of Federation the law on amendments to the Constitution several dozen amendments on 14 March. Two days later, the document was approved by the constitutional court. The next step is the all — Russian vote on the proposed amendments, which will take place on 1 July. This day announced the weekends, though ahead of time will be to vote on June 25.