Home / business / In Russia want to simplify the arrests of soldiers

In Russia want to simplify the arrests of soldiers 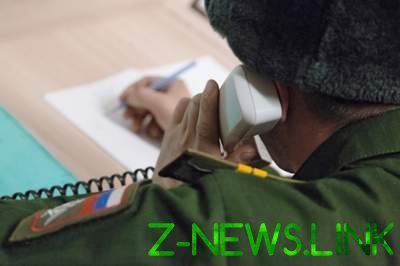 Within six months this question will work.

The military police considers it necessary to return to the commanders of military units able to arrest ordinary. This was stated by the chief of the military police of the Ministry of defense of Russia Vladimir Ivanovo at the meeting of the Federation Council Committee on defense and security.

“Of course, if the commander and the military commander could arrest as early, it would be much simplified and the time and terms,” said Ivanovsky.

He added that within six months this question will work.

Currently, the soldier may be subjected to disciplinary arrest by the decision of garrison military court for leaving the location, violation of rules of handling weapons, as well as for the performance of military duties in the state of alcoholic or narcotic intoxication.

The main Directorate of military police was created in the Ministry of defence in 2011. Its purpose is to ensure that the armed forces of the rule of law, respect for military discipline, combating crime, the protection of military facilities and enforcement of penalties against military personnel, including content in the course of the arrest, guardhouse.