In Russia the woman moved three cars in a row 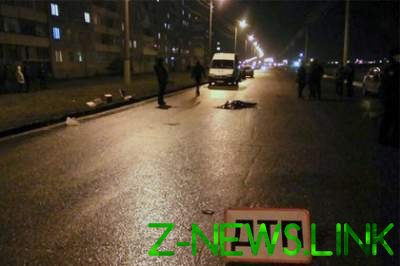 The woman died from her injuries.

In the Bashkir city of Salavat woman moved in three cars. She died from the received traumas, informs “Bashinform”.

Traffic accidents with fatal outcome occurred on the evening of Monday, November 14. A woman born in 1980 was crossing the road in the wrong place, when she was hit by an unidentified vehicle. From blow of the pedestrian was thrown into the oncoming lane. There the woman drove VAZ-2110. A few seconds later she hit another car.

According to traffic police, being wanted two drivers escaped from the scene of the accident.

Earlier in Moscow suburbs the chief of Department of police to death brought down the pedestrian. The officer, driving his personal car, moved from Voskresensk in vynohradove and knocked down a man, out on the roadway to remove the carcass of the downed animal