In Russia, the weather made a “hell” on may 9 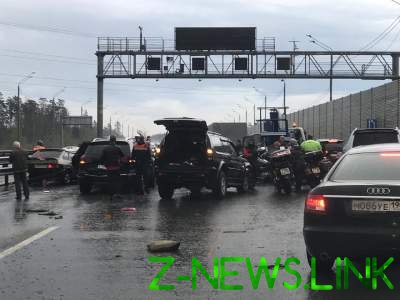 The result of bad weather in the Russian capital due to falling trees from strong winds affected eight people.

Thursday, may 9, in Moscow raged the storm that brought misery, injuring people.

Day in celebration of victory Day was a heavy downpour with gusts of wind of over 15 meters per second. During this time in Moscow fell to about one-third of the monthly norm of precipitation.

“In the Eastern district to five victims in Southeast – three”, – stated in the message. According to preliminary data, the victims of falling trees, he added.

Later, the Prefecture South-Eastern administrative district, told “Interfax” that the victims are not discovered. For medical assistance applications had been noted in the Prefecture.