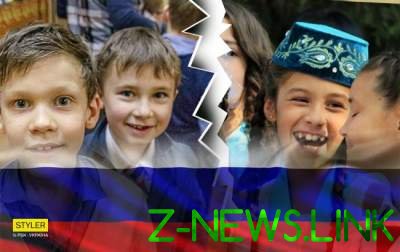 The Russians do not want to learn the Tatar language

The Prosecutor’s office and the Rosobrnadzor has already issued regulations to Directors about the need to reduce the number of lessons of the Tatar language and literature.

Some schools follow these requirements, others resist. Supporters of the study of the Tatar indicate that as a result of execution of requirements of the Prosecutor’s office nearly three thousand teachers could lose their jobs. 24 October teacher of the Tatar language and literature published online a letter to the deputies of Republican state Council.

“The Directors do not protect us, the heads of districts, too, are silent. The most terrible and shocking fact that many other teachers welcome the elimination of the lessons of the Tatar language. We do not say accurate, but today parents and teachers are forced to write statements. This is our free state? This is our equal and friendly Nations? This is our world-famous tolerance?”, – write the indignant teacher. The letter also reported that jobs can lose 2,800 people.

4 November Kazan activists wanted to hold a rally, inviting him “the former Prime Minister of DNR” Alexander Beard, but later abandoned their plans.