Home / business / In Russia, the student had made large fine for participating in stock Bulk

In Russia, the student had made large fine for participating in stock Bulk 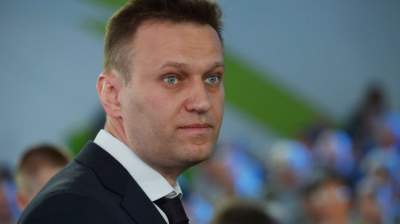 Tuganbaev were detained at Tverskaya square.

The Tverskoy district court of Moscow has fined on 150 thousand roubles students of the Higher school of Economics Arman Tuganbaeva for participation in the action “He is not our king”, which was held on 5 may 2018 in the capital.

The court found him guilty of repeated violation of the rules of the campaign (part 8 of article 20.2 of the administrative code). The student is told that it is not planning to participate in the action, but when I found out that in Tver was the beginning of detention, decided that “can not go.”

“We are in the company of my friends went for a walk along Tverskaya, watching what happens, sometimes I have shouted. When started a second time to MOP up all the Pushkin, we began to squeeze, and when we went out, my back grabbed and screwed. And screwed hard – I walked a letter “G”, the arm was much higher than my head,” the story Tuganbaev. In the paddy wagon and the police Department he spent a total of about 20 hours.

After that, he and several other detainees were released under the obligation about an appearance in court. The materials of the case Tuganbaeva the court twice returned to the police. The first time was due to the fact that the name of the student in one of the documents was written incorrectly. The next time the court returned the materials to the police due to the fact that the Protocol of repeated violation made for the organization of the rally.

The rally of supporters of Alexei Navalny “He’s not the king” took place on 5 may in many Russian cities. According to “OVD-info” in this day, all over the country detained about 1,600 people.