In Russia, the market collapsed buildings 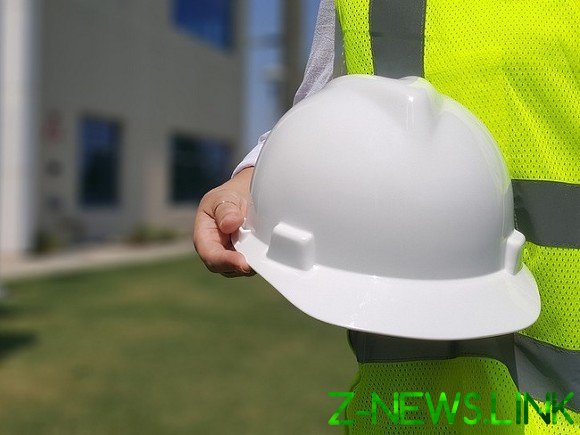 The market in Russia collapsed last month almost twice — Rosreestr registered in the country only 35,5 thousand contracts of a joint construction (DDU) vs 66.3 thousand POS in the same period last year.

Sales of secondary habitation in Russia has decreased in may by 22% yoy to 182.7 thousand transactions, the information office.

Meanwhile, housing prices in new buildings in some cities were growing, including in the period introduced in April—may of mode isolation. About it today during an online conference said the senior Vice-President of the savings Bank Vladimir Sitnov.

“If we talk in such terms as housing prices, we statistically observe that in the major cities since the beginning of the year and in the period of the pandemic rising prices, with some exceptions, continued”, — TASS quoted a top Manager.

Recall that the Russian construction sector is experiencing difficulties because of the crisis caused by the pandemic coronavirus infection COVID-19, and at the end of this year may be short of more than 400 thousand people, and the average monthly salary in the companies-developers has fallen by almost 8% to 38,7 thousand roubles. This forecast issued by experts of the Center for strategic research (CSR).

These calculations, as indicated in the RBC document, based on official data of Rosstat, the Federal registration service, Federal tax service, the SPARK database, as well as economic expectations identified during structured interviews with representatives of 150 construction companies. Thus, according to the CSR were taken into account the views of large, medium and small developers.

Moreover, it is not excluded to the CSR, the demand for new buildings will fall by 14% by the end of this year.

According to Rosstat, in the country in April 2020 was introduced in 3 million square meters of housing, which is 36.5% less than in the same period last year. For the first 4 months of current year in Russia was built 17.7 million sq m (excluding houses in areas for gardening), which is 9.9% lower than a year earlier.

According to the Ministry, last month, was erected 382 apartment house, built 41,1 thousand new apartments, and from the beginning of year — 1,9 thousand houses and apartments 232,4 thousand, respectively.

May 11, Russian President Vladimir Putin announced the end of may 12, a single period of days off, entered March 30, in the fight against COVID-19. He also announced the beginning of implementation of the third package of anti-crisis measures, under which the state, in particular, will increase targeted support for families with children, small businesses, individual entrepreneurs and self-employed. In addition, Putin instructed the government to prepare a national plan for long-term development of the economy, the recovery in employment and incomes.

On may 27 the Minister of economic development (MED) of the Russian Federation Maxim Reshetnikov said that the total cost of anti-crisis measures to support the Russian economy, aimed at combating the impact of the pandemic coronavirus has reached 3.3 trillion rubles.

On 2 June Prime Minister Mikhail Mishustin presented to the President a national plan for the recovery of the Russian economy in 2020-2021 years, noting in particular that the cost of the plan will amount to about 5 trillion roubles.