Home / business / In Russia, the helicopter made a hard landing in the swamp.

In Russia, the helicopter made a hard landing in the swamp. 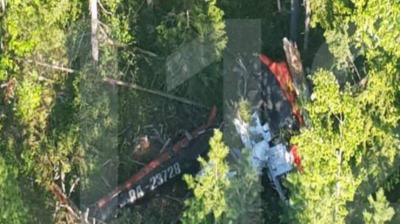 In the RAID involved ground-based rescuers.

In Khantimansiisk Autonomous district Yugra Mi-2 helicopter fell into the swamp. The accident killed the pilot of the helicopter, the passenger is still trying to save.

About it informs the press service of the Ural investigatory management on transport SK the Russian Federation.

“June 22, 7 kilometers from the city of Langepas, Khanty-Mansi Autonomous district in a swampy area made a hard landing helicopter MI-2, belonging to airline “geliks”. The result of aviaproject killed the pilot. On this fact the investigating authorities of the Ural investigatory management on transport of Investigatory Committee of the Russian Federation conducted preliminary examination”, – stated in the message.

According to preliminary information, on Board the aircraft is also the passenger, who carried out his salvation.