Home / business / In Russia, the demand to shoot down American bombers that violate the border

In Russia, the demand to shoot down American bombers that violate the border 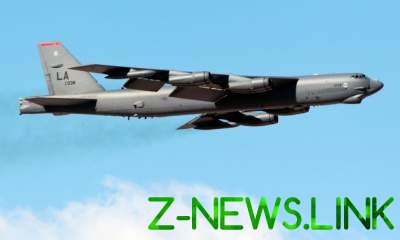 Russian fighter jets took to the air to accompany the strategic bomber B-52H US air force.

In the Russian state Duma Committee on defense stated that in the case of violations by American aircraft of strategic bombers Russia’s borders, “they need silence to shoot down”.

“Russia’s reaction must be in a minimum amount of words and maximum amount of action. Just silently, without talking to shoot down their planes if they violate the air space.

They drop the bombers on the territory border with Russia, make us signs, signals. To shoot down planes have to violate the state border or air space of Russia”, – said the Deputy.

Earlier, the Russian su-27 fighters from structure of the active-duty air defense forces in the air to accompany the strategic bomber B-52H US air force over neutral waters of the Baltic sea Thursday, March 21. They returned to base after the rate changes of the US air force.

“The Russian means of control of the airspace aerial target was discovered at a considerable distance from the state border of the Russian Federation and are taken on maintenance,” – said in the comments of the Russian Ministry of defense.

To identify and direct support aircraft in the air was raised a couple of su-27 fighters from structure of the active-duty air defense forces.

“After a strategic bomber B-52H changed the trajectory away from the state border of the Russian Federation, the Russian fighters returned to their base,” – said the Russian Ministry.