In Russia, the boy died while playing “war games”

The fatal incident happened near Krasnoyarsk.

Investigators find out the circumstances of the death of eight-year-old boy, who while playing “war games” with friends fell from the stairs in the stairwell near Krasnoyarsk.

According to her, the incident occurred on Tuesday evening in the stairwell of an apartment building in the city of Zelenogorsk.

“According to preliminary data, one of the boys, holding a toy gun, climbed the stairs, located on the fifth floor leading to the attic, could not resist and fell head first from a height of about 2.5 meters on a concrete floor,” she said.

According to the Agency, despite the efforts of doctors to save the life of a child failed. On this fact initiated preliminary examination. 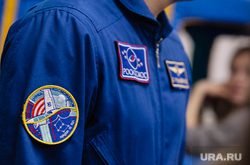