Home / business / In Russia the baby is poisoned mineral water

In Russia the baby is poisoned mineral water 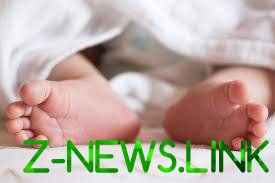 The death of the baby was caused by poisoning “unknown substance”.

Nine-month-old child died after a SIP of mineral water in the suburban Krasnogorsk. On Wednesday, October 18.

The body was sent to morgue for forensic examination. A criminal case under article 109 of the criminal code (“Causing death on imprudence”).

Doctors pronounced him dead from poisoning by an unknown substance, said the TV channel “360”, citing a source in law enforcement bodies.

The incident happened on October 17 in the Parking lot at the shopping center “Otrada”. According to investigators, the mother gave her son to drink from bottles of mineral water, which lay in the car. After this the boy became ill. The child was taken to the hospital, but he died in intensive care.