Home / INCREDIBLE / In Russia, scientists have discovered the skull of an ancient unicorn

In Russia, scientists have discovered the skull of an ancient unicorn 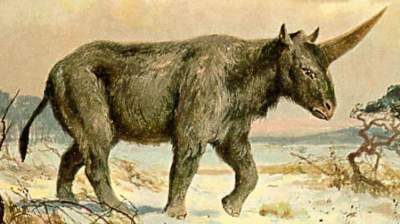 The finding was discovered in Siberia.

Russian scientists have discovered well-preserved Siberian skull of a unicorn. The age of the remains of the extinct woolly mammal Elasmotherium sibiricum from the family nosorogi defined in 29 thousand years.

Bones “the unicorn” was detected in the Pavlodar region of Kazakhstan. According to scientists, in the South of Western Siberia for a long time remained a suitable environment for the life of elasmotherium.

Previously it was thought that the last representatives of the extinct Elasmotherium sibiricum about 350 thousand years ago.

A typical representative of the Siberian unicorns reached two meters in height, 4.5 meters in length, and its weight was up to four tons. This species was first described in 1808, he lived on the territory of modern Ukraine, the Volga region, the Urals, Siberia and China. It is believed that he was covered with hair, as part of the fauna living in the epoch of glaciation. On the forehead of elasmotherium had a long and thick horn.

In may 2017 in the journal Current Biology reported the discovery on the banks of the Volga river near Ulyanovsk remains of a plesiosaur. Large marine reptile called Luskhan itilensis (from the Latin: “master spirit”), lived in the early Cretaceous period 130 million years ago.