Home / business / In Russia, said the cessation of rocket contract

In Russia, said the cessation of rocket contract 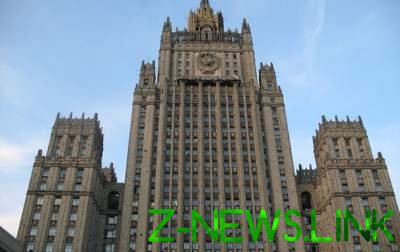 The United States has suspended its participation in the agreement and promised to completely get out of it in six months.

The Treaty on intermediate-range and shorter-range may be closed on 2 August. On Friday, April 26, was announced by Deputy foreign Minister Sergei Ryabkov.

“The fundamental choice in favor of the US breaking the agreement outweighed any other considerations, so the second of August this year, the contract will probably cease to exist,” – said Ryabkov.

See also:  Russia has turned over the bus with the Ukrainians: 21 victim

He also called false allegations about US to the Russian nuclear threat.

“Especially cynical look replicated by the Americans links on the mythical growth of the Russian nuclear threat, deliberately distorted the provisions of the Russian military doctrine regarding the use of nuclear weapons, the public persistently told that Russia is supposedly reconsidering his views on the place and role of nuclear weapons makes it all the greater emphasis. All this is not true,” he said.

Meanwhile, the Deputy foreign Minister noted that the United States will want to increase its nuclear Arsenal.

“In the nuclear doctrine of the United States announced plans to create new nuclear weapons with reduced power. It is a nuclear warhead for ballistic missile submarines, Trident II, and a new cruise missile sea-based nuclear cruise missiles,” – said Ryabkov.