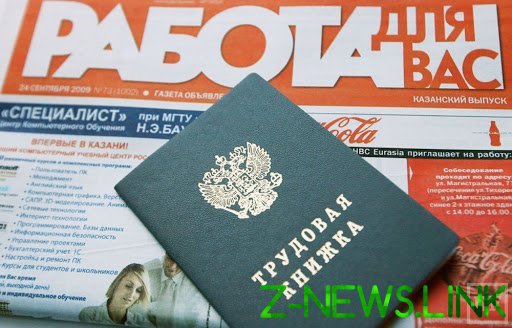 Unemployment in Russia should amount to at least living wage in the region, and the maximum payment — to reach the average wage. This position was formulated in the Federation of independent trade unions of Russia (FNPR), sending a letter to the Russian tripartite Commission on regulation socially-labour relations.

If the idea of unions support payments can reach 12 to 51 thousand rubles on average across the country, reports the newspaper “Izvestia”.

The publication notes that the Ministry of labour and social protection are ready to study the proposal, but stressed that the aid should not replace wages.

Recall also, on July 22, speaking in the Duma with the report on the work of the government, Mishustin reported that the number of unemployed in Russia increased to 3 million people. “The coronavirus has changed the labour market. From 1 April the number of unemployed officially registered in employment services has increased 3.5 times. Now there are about 3 million people, and the government extended for three months the payment of benefits to those who remained without work until the beginning of the spread of the coronavirus,” said the Prime Minister.

At the same time, he assured that the government is “the most helped people” who have lost their earnings after March 1. “All measures to support the unemployed were also distributed to more than 13 thousand individual entrepreneurs who have been forced to close his business after March 1. They received an allowance of one minimum wage,” — said Mishustin.

July 17, Rosstat published preliminary data showing that the number of unemployed in the country was in June of this year, approximately 4,606 million people — 6.2% of the economically active population. According to authorities, the index rose in annual comparison by 38.1% and the increase to the previous month was 2.1%.

The number of economically active population in June 2020 amounted to 74.7 million people. 51% of the total population of the country.

2 Jun Mishustin reported on the nationwide state plan for the recovery of the Russian economy in 2020-2021 years, noting in particular that the cost of the plan will amount to about 5 trillion roubles. June 19, Putin was sent a revised draft of the national plan.