Home / business / In Russia Poklonsky want to equate to the saints

In Russia Poklonsky want to equate to the saints 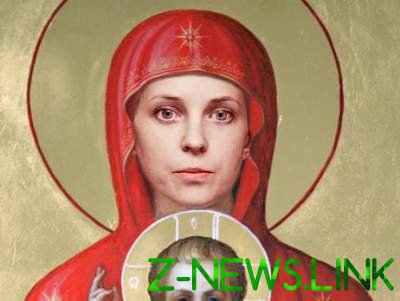 Former Prosecutor of the Crimea can canonize.

On the website Change.org there was a petition with a proposal during the life of the canonize of the Deputy of the state Duma of the Russian Federation Natalia Polonskaya for her fight “against the black forces of evil.” It has already signed more than 500 people.

On the website Change.org there was a petition calling to canonize during the life of the Deputy of the State Duma Natalia Polonskaya, which, “not sparing himself and his life, leading a relentless struggle against evil”.

The author of the petition Alexei Evstratov is convinced that such a measure is necessary, especially after Poklonskaya saw monotachi bust of the last Russian Emperor Nicholas II.

“The canonization of Natalia Polonskaya will help her strengthen the fight against the black forces of evil trying to break a centuries-old tradition of the Russian, Russian people and our Holy Orthodox faith. Help Natalia Polonskaya in this Holy struggle!” – reads the petition.

At the moment, for the canonization Poklonskaya was signed by 519 people out of 1000 needed.

Poklonskaya is fighting against the release of the film of Russian Director Alexey Uchitel “Matilda”, which tells about the relationship of Nicholas II and the ballerina Mathilde Kshesinskaia.

The country began the mass protests of Orthodox organizations against the film’s release. The film is directed by the Teacher claims that Russia supports and provides cover for a terrorist organization, and the protests against his film “Matilda” are the only reason for this organization to Express themselves.