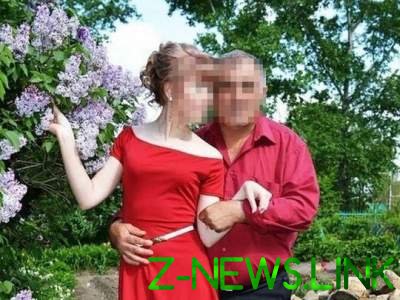 In Russia the jealous pensioner committed a brutal murder.

In Rubtsovsk, the Altai territory of the Russian Federation 70-year-old local resident killed 30-year-old wife, by cutting her throat. After the murder of a pensioner wearing a dead wedding dress and laid in bed.

After killing the jealous man killed himself by slashing with a knife the trachea, stomach and drinking acetic acid. Before that, he called the police. Arrived at the doctors hospitalized murderer in the hospital, but to save him failed.

According to preliminary data, killing the man decided in a fit of jealousy. Wife, who was 40 years younger, had an attractive appearance, like men and tried many times to leave her husband-the pensioner. However, according to local publications, did not dare, because he was well connected with influential people.

“He is a man of hot blood, so jealousy was peculiar to him. Feel bad for the girl, she was good,” – told reporters “KP” friends of the spouses.

See also:  In Russia, commented on the introduction of Canada new sanctions