Home / business / In Russia, invented an original way of struggle against corruption

In Russia, invented an original way of struggle against corruption 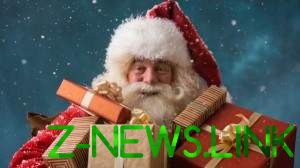 In some cities of the Russian Federation, banned to invite to new year’s morning performances in kindergartens, the main participants in this action – Santa Claus.

The decision of the officials explained that thus want to fight corruption.

So, the fact that the actors who play the role of Santa Claus, do not pay anything for the use of “municipal playgrounds”, and all the money put it in his pocket.

See also:  Turkey has banned its ships to visit the Crimea

To avoid this, in the Kirov decided to take a resolution according to which the activities of Santa Claus would fall under the category of “Organization of mass actions”.

Now in the case of invitation Santa Claus will need the decision of the parent Committee, Kirm, the artist will be forced to pay the kindergarten 400 rubles.

In Kazan the administration of kindergartens generally forbidden to invite artists to the garden.

See also:  "United Russia" has achieved revision of the decision on the return of the fine for speeding

According to the parents of students of Santa clauses will be able to play and parents themselves, they only need a medical book and a certificate of no criminal record.

In Novosibirsk ban Santa Claus officials explained from a psychological point of view, saying that “children are too small and Santa Claus for them incomprehensible.” And in the younger group you can only call the snow maiden.