In Russia introduced a modernized bomber 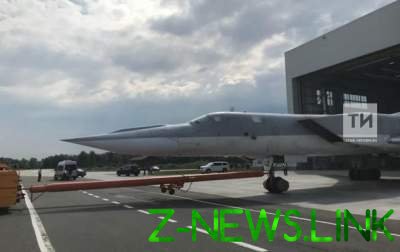 Russia modernized established in the 70-ies of the bomber Tu-22M3, equipping it with modern equipment.

It is expected that the Tu-22M3M will rise into the air in the third quarter of this year.

Submarine bomber Tu-22M3M with variable geometry wings, is the modernization of the Tu-22M3, established in the 70-ies of the last century. The difference of the new plane is that it has a complex of modern digital avionics (avionics). It is noted that by replacing 80 percent of avionics has been able to increase the navigation accuracy and level of automation of aircraft control. In addition, simplified maintenance and preflight preparation.

See also:  OSCE observers visited the ground of terrorists in the Donbass

Avionics upgraded bomber are unified with similar systems of the Tu-160M.

According to plans, the first flight of the Tu-22M3M will take place in September, and then the plane will pass the factory tests, which will last until the end of December. After the bomber will be sent to the state joint tests (ICG).

The Ministry of defense of Russia ordered the upgrade about 30 Tu-22M3 bombers to version Tu-22M3M in 2012. The Agency will be deeply modernized missile after the completion of factory tests.