Home / business / In Russia in the air, the plane caught fire with fans from Peru

In Russia in the air, the plane caught fire with fans from Peru 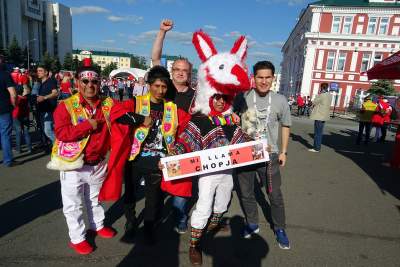 On Board the aircraft, which fans of the national team of Peru was returning from Yekaterinburg to Moscow in Tyumen, there was a fire. As according to Peruvian radio station RPP, 20 minutes before landing, the passengers of the aircraft of the airline UTair heard an explosion, and a few seconds in the salon began to penetrate the smoke. Some of the 70 Peruvians, flying this flight, suggested that the fire occurred in the engine, the turbine of which the smoke went.

According to the source, the crew urged passengers to remain calm and did not explain exactly what happened. As a result of incident nobody has suffered.

Peru national team at the world championship of 2018 have lost two starting matches and lost chances of an exit in the playoffs of the tournament. In the opening game of the Peruvians narrowly lost to Denmark 0:1, and then with the same score lost to the French.

Recall that the Croats have fun pits on the Russian dorogoi became heroes “photojob”. During the world Cup fans from this country took the photo in a huge hole on the road in Nizhny Novgorod.