Home / policy / In Russia impose a mandatory “mask mode” when leaving the house, the restrictions will not be removed

In Russia impose a mandatory “mask mode” when leaving the house, the restrictions will not be removed 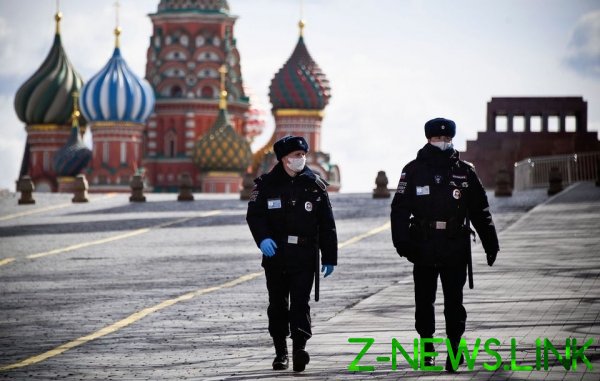 The head of the German Robert Koch Institute Lothar Wheeler warned about the possibility of two new waves of the pandemic coronavirus. According to him, the disease will spread as long as she has not been ill from 60 to 70% of the population.

In the fall followed by a second outbreak of the disease. The so-called seasonal effect will give the opportunity to loosen somewhat in the summer months of the current limit, if the summer is dry and warm. But since herd immunity is too small, then almost all of the country will meet the new winter wave of infections with immunologically “naive” population – again there are millions infected and hundreds of thousands of deaths.

Now many scientists believe possible third wave of coronavirus. Thus, the virus will be present in our lives, not months, but years. Everyone will have to live in this new reality and to adopt restrictive measures as an integral part of everyday life.

In Russia in this respect has already decided to leave the “coronavirus” restrictions until the end of 2020. But it is possible that before the end of 2021, that is, until a working vaccine for coronavirus, said the head of Ministry of health of Russia Mikhail Murashko. These measures will allow monitoring of population immunity.

One of these permanent measures against the spread of the coronavirus will become mandatory “mask mode” on the territory of Russia. According to “Kommersant”, this question was discussed at the meeting of the working group of the state Council on the fight against the pandemic.

At a conference held by the head of the working group, the mayor of Moscow Sergey Sobyanin, the idea of introducing a “mask mode” in public places found support among the heads of Federal Executive authorities and senior officials of constituent entities of the Russian Federation.

For example, the “mask mode” has already been introduced in some regions. The Governor of Moscow region Andrei Vorobyov on may 1 signed a decree on the introduction in the region “mask mode” to reduce the risk of the spread of coronavirus. Citizens encouraged to use personal protective equipment (PPE), i.e. masks, respirators, etc., in common areas. But since may 12 the wearing of masks in public places will become mandatory and violators face an administrative fine.

In the Sverdlovsk and Penza regions, the wearing of masks has also become mandatory. 5 may “mask mode” was introduced and the authorities in Nizhny Novgorod region. May 6, ordered to wear masks in public places and inhabitants of the Altai Republic. The second half of may masks become mandatory in the Murmansk region.

Now this “mask mode” want to enter in all of Russia. The head of Rospotrebnadzor Anna Popova has supported this “right step” in the current situation. The Minister of industry and trade Denis Manturov said that in Russia there is shortage of protective masks.

It is implied that a few days ago the heads of most of the regions of the Russian Federation will need to amend the Directive on the introduction on their territory of high alert, according to which the wearing of masks will be mandatory on the streets, in shops, in public transport (including taxi), bus stations, in airports, at bus stops, etc. out on the street without a mask is punishable by a fine.

It is not excluded that on Wednesday, may 6, Russian President Vladimir Putin at the meeting at which it is planned to consider the proposals on phasing out of restrictions, to report on their extension.

A number of Russian regions have already had to tighten quarantine, as in recent days, the daily increase in the number of confirmed cases has increased to 10 thousand

Talk about passing the peak incidence early. For example, Moscow, the leader in the number of diseases (according to the municipality, in the capital’s infected at least 250 thousand people), is still far from reaching the plateau.

And the end of the first wave of the disease is not expected until the end of August. Specialists of the Singapore University of technology and design gave an updated forecast for the development of the situation of the pandemic in Russia, according to which the spread of infection will end in our country only by August 24, a week later the date was previously known.

If quarantine measures will soon be weakened, if there are shops, restaurants, sports and other facilities, the peak number of infected people can only come to the middle of autumn.

It’s an interesting paradox: the longer to contain the spread of coronavirus to the extent allowing the health facility to help all patients, the longer society will produce herd immunity. That is, restrictive measures of “extended” production herd immunity for many years.

If we remove restrictions, the peak of illnesses and deaths will occur in late summer, but in this case, herd immunity would appear much before the appearance of the working of the vaccine, 100 percent of which scientists are urged not to hope. Virologist, head of the Institute of Virology and HIV research medical faculty University of Bonn Professor Hendrik Roadway warns that “any prediction that we will have a vaccine that is not serious, because we just don’t know.” According to him, there are many pathogens of virus, vaccine which are looking for years, but never caught HIV, hepatitis C, malaria, syphilis.