In Russia grows only decline 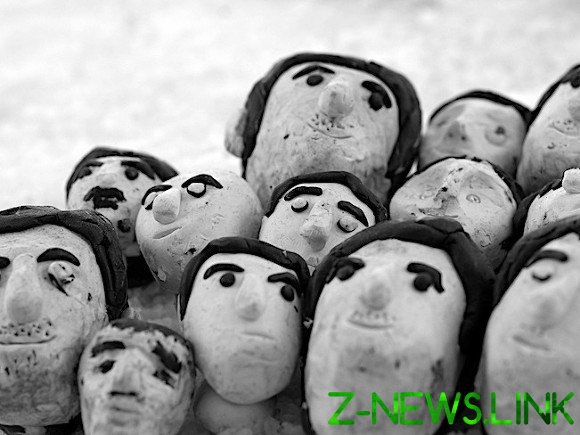 Without any large-scale wars and radical reforms of the country’s population is declining rapidly “dashing nineties”.

But in General, it is possible to speak about emerging trends — 2016 reduction in the size of the population increases by approximately 100 thousand people compared to the previous year. However, the decrease in 2016 compared to 2015 rose by as much as 132 thousand people, and nothing excludes the same shocks in the foreseeable future.

In other words, we can say that today without any large-scale wars, without any of the radical reforms we have population decline at the level of “dashing nineties”.

However, this discrepancy is explained simply. Natural population decline in Russia over the past year 267,6 thousand people (316,2 thousand minus 48.6 thousand) was offset by international migration. This, in particular, there should be another conclusion. And, that migration growth in Russia, mainly at the expense of the citizens of the CIS countries, in 2019 increased in comparison with the previous year more than doubled (in 2018 he fell to the lowest in a long time, value a little over 120 thousand people).

See also:  Poroshenko will present the projects of the military technical nature in Britain

Now let’s see what gives now such high rates of population decline. As in the past three years, the increase in loss is mainly due to the reduction in the birth rate that falls now we have a landslide. So, in 2019 in Russia came to light only 1,485 million babies. Is 120 thousand children less than in the previous year. And in 2018 the decrease in fertility compared to 2017 amounted to 88 thousand people.

In General, at the current stage of Russian history, the birth rate began to decline around 2015, which was consistent with the sharp deterioration of the international situation, the economic crisis caused by the fall in the same year, world oil prices, and the introduction against Russia of international sanctions.

Next year the Russian government proclaimed the overcoming of these difficulties. We have repeatedly heard statements that the Russian economy has adapted to the sanctions and low oil prices. However, demographic indicators — the most reliable indicator of socio-economic status of the majority of the population. You can change the methodology of calculation of economic data, but the birth rate is not fooled. 1,485 million babies introduced in 2019 — the worst indicator for last 13 years.

As for the second baseline — mortality statistics on it, as already repeatedly noted, is in serious doubt. The fact that the case we have here during the period under review (with the same 2015) continue miraculously to improve. That is, reduced mortality. Unlike fertility reduction of mortality would be good, however, there are doubts that all here do so.

The mortality rate even even more accurate than the birth rate, the indicator of socio-economic well-being of the population. It seems that in a country where the last six years, even according to official data, falling or stagnating living standards, where the quality of medical care deteriorates, in particular, on the level of reduction of appropriate infrastructure (“merge”, and in fact, the closure of clinics and hospitals, reducing the number of medical personnel and the like), the mortality rate can only increase. We are they remarkably reduced. So, according to the latest data, in 2019 in Russia, died on 27 thousand less than in 2018.

How is this possible? According to Rosstat, from 1 October 2018 statistics on births and deaths, the Agency receives from the Unified state register of records of acts of civil status (ZAGS). There data comes from hospitals and morgues, and most hospitals in the “optimization” of Russian health care now remain in major cities and regional centers. Moreover, the number of medical workers in medical institutions continues to “optimize”. For those that are still working there today is clearly not up to rigorous statistical mortality — time to get smashed on the way to a call to a patient living tens of kilometers away from the city center. Aid stations on the village in the framework of the same “optimization” abolished throughout Russia.

All this brings to life a version: on how to live and how many die Russians living in rural areas, reliable information today is not there. Accordingly, for the higher reporting of information on this subject can be taken on the ground that is called “from the ceiling.” But, as usual, taking into account the wishes of their superiors. And it wants to see statements, pleasing to the eye…

It is possible that if we’d had more or less reliable statistics of mortality, the overall figures of the natural population decline Russia would have been even more dismal than it is now.