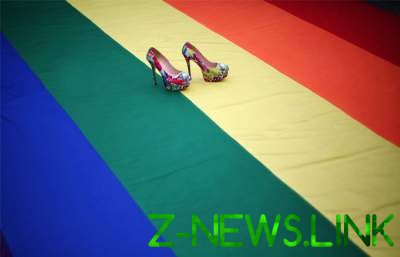 The first in the history of Russia agreed upon a gay pride parade to be held on 26 August 2018.

The organizers of the March in support of the LGBT community argue that got a response of administration of the city of Novoulyanovsk in the Ulyanovsk region with a proposal to hold the event in the village of the Apple, where they live seven people.

One of the organizers, activist of the LGBT movement Nikolai Alekseev posted in social networks “Vkontakte” response of municipal authorities in the notification of the event. It States that the claimed route of the marchers passes through the Central area of the City and crosses the County fair, where many residents, including minors.

“Given the negative attitude of the population towards such events, in order to avoid conflict situations, as well as violations of the requirements of the Federal law “On protection of children from information harmful to their health and development”, Federal law “On basic guarantees of children’s rights in the Russian Federation” proposed to change the venue of the public event and organize it in a p. Apple at the time you specify” – said in the message signed by the head of the City administration Svetlana Kazarinova.

Alekseev said in the message that the population of the settlement Apple is seven. “And what a name… and even on the Volga-mother with a stunning view,” said the organizer.

“Thus, the first in the history of Russia agreed upon a gay pride parade to be held August 26, 2018 in the village of the Apple town of Novoulyanovsk Ulyanovsk region. Important not to exceed the declared number of participants. Said 300 people. Begin to build the list of participants”, – wrote Alekseev.