In Russia, flooded a major city 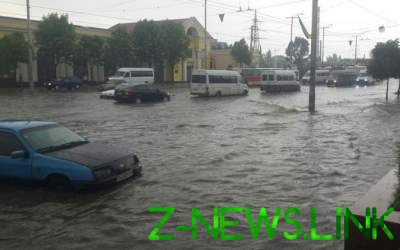 In the coming days in the region is expected storm and the deterioration of the situation.

In Russia went under water the city of Chita, with a population of about 300 thousand people.

“Flooding is already being called a record — water level rose more than 4 meters! People move through the streets in boats, flooded the first floors of buildings. And according to forecasts it will only get worse,” – reports NTV.

A cyclone in Zabaykalsky Krai came July 8, when it was declared an emergency.

According to the publication of “Chita.ru” in the first day of the flood flood hundreds of houses, some buildings were demolished. In the evacuation zone got two thousand inhabitants.

There were also disruptions in railway transport, some roads cut off and flooded. Several bridges in the region were destroyed.