Home / business / In Russia, during a fire killed two children

In Russia, during a fire killed two children 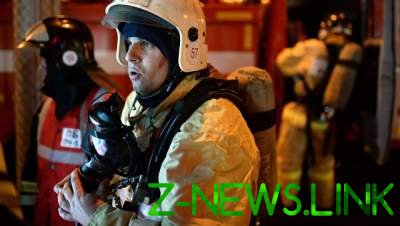 The girls were poisoned by combustion products.

The bodies of two girls discovered in the apartment of a house in Komsomolsk-on-Amur in Khabarovsk region, where on Thursday there was a fire, reports the SUCK of the Russian Federation in the region.

“On Thursday, November 23, 2017 in an apartment house, located in Komsomolsk-on-Amur, a fire occurred. After extinguishing the fire in one of the rooms discovered the bodies of two girls. According to preliminary data, the cause of death was poisoning by combustion products”, — informs investigatory management.

See also:  The failure of the year: in Russia unsuccessfully tested "the world's most powerful rocket"

It is noted that on the death of children criminal case under article “Causing of death on imprudence to two persons”. Circumstances of incident are established.

Read also: Russia faced a minibus and a passenger car.

Over the last week is the second region in case of death of children in fires. Earlier it was reported that on 18 November in case of fire in private residential house in Khabarovsk also killed two children. Mother with the youngest child managed to jump out of a burning house with two children to escape did not.