In Russia died one of the closest associates of Putin 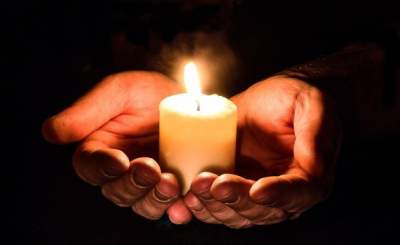 The former mayor of Krasnodar Valery Samojlenko has died at the age of 82.

In Russia died one of the closest associates of Putin. the mayor of Krasnodar Valery Samojlenko.

The incident occurred at night on 4 may. As you know, the ex-Governor was 82 years old and before he died, he had a long illness.

That died the former head of Krasnodar city Samoilenko announced in the local town hall.

See also:  Xiaomi has released in Russia watch Amazfit GTS with the design of the Apple Watch

Cause of death was age and illness, which quickly progressed lately.

“Valery Samoilenko is a great person for our city. In the history of Krasnodar with the name Valery Alexandrovich is the whole epoch”, – quotes the current mayor of Eugene Pervysheva.
According to the current mayor, his predecessor Krasnodar is bound by so many economic successes.

Samoilenko has headed the city Council for more than 13 years since the beginning of 1987 and 2000 and was made an honorary citizen of Krasnodar.

During the office of the former head of the city a lot of efforts and funds were invested in the development of the districts Festival, Jubilee, and hydraulic engineer. During the leadership Samoilenko in Krasnodar was opened organ hall, was built to turgenevskiy bridge, created by the creative Association “Premiere”.