Home / business / In Russia died actor from the film “Girls”

In Russia died actor from the film “Girls” 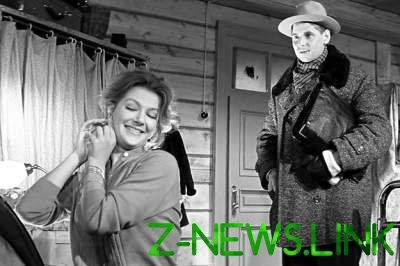 92 year died the famous actor of theatre and cinema Anatoly Adoskin. This reports the press service of the Theater Mossovet.

“As of the date of farewell and funeral will be reported later,” – said there.

The cause of death was not specified.

Anatoly Adoskin graduated from the Studio at the Mossovet Theatre, after which he was invited to join.

See also:  It became known, what will change after Putin's death

From 1961 to 1965 he worked in the theater “Contemporary”, and then in the theater. Lenin Komsomol. In 1968 he returned to the Theater Mossovet.

Anatoly Adoskin played more than 60 roles in movies. Among the most well-known roles were in such films as “Girls”, “the Brothers Karamazov”, “Moscow-Cassiopeia”, “Two captains”, “the rest is silence”, “nowhere Man” and “Pippi Longstocking”.

See also:  In the Senate the US is preparing tougher sanctions against Russia

In the theatre he played in performances of “Girl”, “third year Student”, “Othello”, “a Funny thing”, “Trendy shop”, “Madeline GODAR”, the honor of the family” and others.