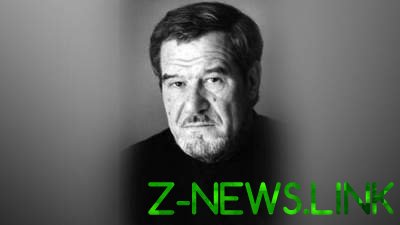 Vitaliy Shapovalov died on 79 year of life after long illness.

Soviet and Russian theater and film actor Vitaly Shapovalov died at the age of 78 years. This was reported on the website of the Moscow Taganka theater.

The last few days Vitaly was in a critical condition after undergoing surgery. We thank all those who responded and did not remain indifferent, — is spoken in the message.

A few days ago, the Theatre has announced the collection of funds for expensive surgical intervention. According to preliminary data, the artist began a complication after the transferred heavy operation on the joint.

The first film by Vitaly Shapovalov became the painting “the Road home” in 1969. In addition, on account of his several dozen films, including two seasons of the TV series “Kamenskaya”.

In addition, Shapovalov famous theatrical works — he was involved in productions of “the dawns here are quiet”, “Pugachev”, “the Master and Margarita”, “Boris Godunov”, “Crime and punishment”.

Today, the state is essentially a bully, which allowed everything that it wants, and when …