Home / business / In Russia detained another “spy” from Ukraine

In Russia detained another “spy” from Ukraine 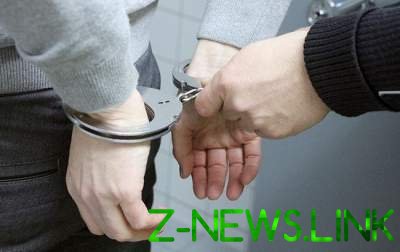 He allegedly gathered information on the shipyard.

In Togliatti detained the citizen of Ukraine Sergey Sotnikov, “recruited by the security Service of Ukraine” to collect information at the shipyard. About it reports “RIA Novosti”, citing a source in law enforcement bodies of the Samara region.

“Was detained citizen of Ukraine who worked at the shipyard in Togliatti. Allegedly, the man cooperated with the security service of Ukraine and mined them for information on the activities of the enterprise”, – stated in the message.

According to reports, during the interrogation of the captains confessed, that until June 2017, he worked as a collector of ships on Kherson state plant. According to him, in 2016, he was summoned by the security service specialist of Ukraine named Daniel and offered to help SBU. The man agreed and he was given the pseudonym of Serge.

“In 2017 before my trip to Russia, in Togliatti shipyard, Daniel gave me the task of gathering information about Togliatti plant, its productive base. Other tasks of the SBU does not fulfill me. Information on the activities of the Tolyatti factory never provided,” – said Sotnikov during interrogation.

Read also: Russia banned the use of mobile messengers anonymous

The Russian media notes that the man did not have time to transfer the data on the activities of the Togliatti enterprise SBU. “Due to the fact that the detainee did not damage Russia’s security, he will not be prosecuted under article 276 of the criminal code “Espionage”, and will only be deported from Russia”, – stated in the message.