In Russia began to spend less money to buy 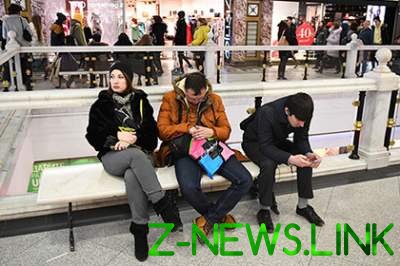 The pleasure of shopping the Russians, too, began to get smaller.

Employees of the consulting company The Boston Consulting Group (BCG) revealed that the Russians began to spend less money to buy. On Wednesday, November 29.

“Half prefers to save money instead of spending. And those who buy today, do it with much more prudence, more discerning and willing to put in the effort to find the best price and quality offer,” said the head of the Advisory practice in the retail trade and consumer goods in Russia and CIS Ivan Kotov. According to him, a new behavioral model of the Russians approaching the model of Eastern Europe.

According to the study, Russians “are in constant search of low prices, and one-third of them reduces your total costs.”

BCG also said that the number of happy customers decreased by 14 percent. “It confirms the trend of conservative and rational consumer behavior and the fact that the purchase no longer be synonymous with happiness: among those who are buying new things can make you feel happier, declined from 60 to 46% in the years 2013-2017”, — stated in the study.