Home / business / In Russia began to produce the Mercedes

In Russia began to produce the Mercedes 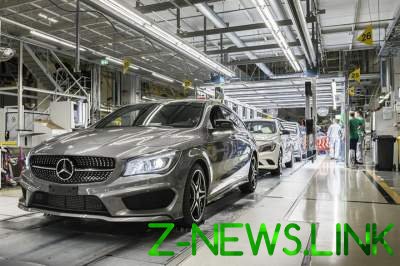 Investments will amount to 250 million euros.

In the Moscow region on Wednesday, April 3, opened a plant for production of cars Mercedes-Benz.

Note that this is the first foreign manufacturing company, launched in Russia after the sanctions 2014.

Russian President Vladimir Putin participated in the opening ceremony of the plant. A new plant for the production of passenger cars Muscovy began its work with the release of the E-Class sedan for the Russian market, later to be joined by crossovers.

According to media reports, investment in podsosnovsky the plant will be about 250 million euros. The company will employ about a thousand people.

The first stood up on the conveyor sedan Mercedes-Benz E-Class. The company explained this decision by the high demand for the model. Car prices in Russia start from three million rubles (about 1,200 million hryvnia).