In Russia began the election campaign 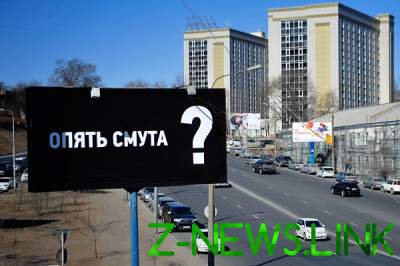 The possibility of campaigning by the registered candidates to the media is very large.

In Russia begins the period of agitation in the media in the election campaigns to a Single day of voting, scheduled for September 9.

According to the election law, campaigning on the channels of TV and radio broadcasting and in periodic printing editions is carried out in the period which begins 28 days before voting day and ends at midnight local time one day before voting day, the so-called day of silence, that is held from 11 August to 8 September.

According to the Secretary of the CEC, Maya Grishina, in the regions previously conducted the draw allocation of airtime and print space and “a huge amount, as always, provided”.

“I would like to emphasize that the possibility of campaigning by the registered candidates to the media is the most extensive, and that the state guarantees, including a grant for candidates and political parties”, – said M. Grishina at the information meeting with the media on elections, on Thursday.

See also:  In Russia found the remains of a child in a cesspool of a cafe

Thus, in particular, in the framework of elections of heads of subjects of the Russian Federation free airtime to candidates provide 98 TV channels, radio channels 92, 451 regional state periodic printing edition provides free of charge print space. In addition, 698 of printing organizations in the elections of senior officials informed about the readiness to provide services. Also their services on a paid basis is ready to offer 377 TV channels, radio stations and 459 1178 periodicals, said the Secretary of the CEC.

In the Single voting day on 9 September in Russia held elections to the Duma, where seven vacant seats, direct elections of the heads 22 of the Federation (four more will be selected through voting in the Parliament of Ingushetia, Dagestan, Nenets and Yamalo-Nenets Autonomous districts), elections of deputies of legislative bodies of state power in 16 regions, the election of mayors in four cities, including Moscow, the elections to the municipal councils of the capitals of the regions and municipal elections.

See also:  NATO members have recognized Russia as "aggressive" and threatening the security of the Alliance

Electoral program of the candidates for the posts of heads of regions, in particular, should publish not later than August 19.

According to the CEC, the electoral campaign for elections at all levels were nominated more 79,6 thousand candidates, of which in the end was was 72,2 thousand, i.e. slightly more than 90%. This, according to the Chairman of the Central election Commission Ella Pamfilova, said on maximal liberalism, electoral commissions, which “where it was possible to register, all recorded”.