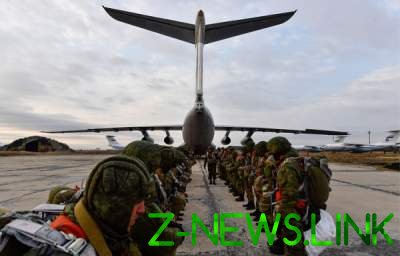 Pilots have to work out the transfer over long distances.

The crews of the three aviation regiments from Orenburg, Pskov and Rostov regions have started to rebase aircraft to operational airfields under Ivanovo and Ulyanovsk, told TASS in the press service of the defense Ministry.

See also:  Exercises of Russian troops in Belarus: what to expect

In addition to flights to new sites, pilots have to work out the transfer over long distances and landing personnel, cargo and military equipment.

In the Ivanovo and Ulyanovsk regions based airborne compounds is probably to transfer and landed their will.

The exercises are held under the guidance of the commander of military transport aviation of Russian air force Lieutenant-General Vladimir Benediktov.

See also:  Russia drunk police officer on the car knocked down a child