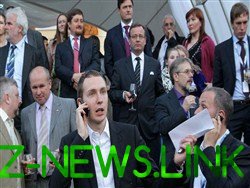 The share of Russians who consider themselves middle class, in four years has declined, while the number of those who believe their income is low, for the same period increased. Writes about this family-owned Demyan Kudryavtsev, the newspaper “Vedomosti” with reference to the results of the quarterly survey “Consumer index Ivanov”, which is held by the order of “Sberbank CIB”. The index includes conventional Russian citizen by the name of Ivanov as a representative of the middle class.

To this class belong those who can save money, to travel, to visit the restaurants. If the income is enough just for basic expenses, people consider themselves to be members of the class below average. In 2014, the middle class itself took 60 percent, by 2018, their share fell to 47 percent. According to the study, a sharp reduction occurred in the years 2015-2017. From the beginning of 2018, the middle class remained stable, said the head of analytical unit of “Sberbank CIB” Yaroslav Lissovolik. At the same time, the share of Russians who believe their income is below the average, during the same period increased from 35 to 48 percent.

Analysts of the savings Bank noted that the most crisis-hit Moscow. If at the end of 2017, the real incomes of the Russians was 11 percent below the 2013 level, the Muscovites, they were 21 per cent below.

According to Rosstat, real income fell for five consecutive years starting in 2014. However, the economic development Ministry, which governs the Department, believe that in 2019, real income will increase one percent, in 2020 is 1.5 percent, and in subsequent years — by 2.2-2.4 percent.