Home / business / In Russia banned the use of mobile messengers anonymous

In Russia banned the use of mobile messengers anonymous 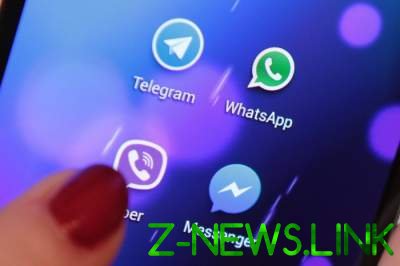 From 1 January 2018 in the Russian Federation introduced a ban on anonymous use of mobile messengers.

This was stated by the Prosecutor General of Russia Yuri Chaika.

“Transmission services instant messaging will be available exclusively to users identified by the subscriber number and the corresponding contract”, – said Chaika.

He also noted that with the new year in Russia introduced criminal penalties for unauthorized access to control systems for nuclear and chemical industry, energy, military-industrial complex and other strategically important industries.

The head of the Supervisory Department also noted that from 1 November this year, the law under which owners of Internet services will not provide the ability to use them to gain access to the blocked information resources, we are talking about different vpn.

“For these purposes is effectively used “the Single automated registry of domain names”, which accumulates information about such sites,” said Chaika.

In particular, according to prosecutors on decisions of the courts are removed from the Internet materials “about the tactics of subversive activities, methods of manufacture and application of explosive devices, weapons and others.”