Home / business / In Russia arrested a member of the Ingush protests

In Russia arrested a member of the Ingush protests 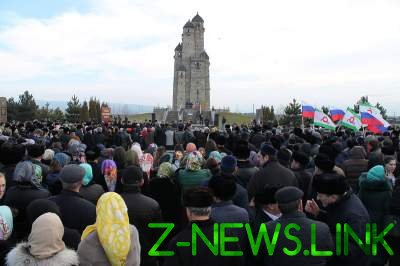 Have been detained more than 50 people.

In Ingushetia have detained one more participant of the protests against the agreement on the division of borders with Chechnya Rizvan Ozdoev. As reported by “MBH media” the head of local branch of party “the Apple” Ruslan Mutsolgov, Ozdoev was detained last night in the case of the use of violence against a police officer at a protest meeting in Magas in March.

Thus, it was a 25 protester, against whom the proceedings were initiated under this article. Previously, the court fined the activist for 10 thousand rubles for participation in protests. March 26, in Ingushetia, was agreed rally against the agreement on the border with Chechnya, subsequently, the demonstration turned into clashes with security forces. Have been detained more than 50 people.

See also:  In Russia, the gas station blew up tanks with fuel

The investigative Committee opened a criminal case on the use of violence to the authorities and calls for mass protests. The participants of rallies are searched, more than ten activists arrested. 26 September 2018 the heads of Chechnya and Ingushetia, Ramzan Kadyrov and Yunus-Bek Yevkurov, has signed an agreement to establish the border between the two republics, which had not been secured since the collapse of the Soviet Union.

The document assumes the exchange of lands, however, according to experts, Ingushetia, Chechnya was given to 26 times more territory than it received from it.