In Russia are going to create multiple rocket 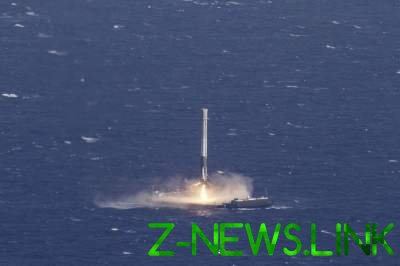 Following a successful re-launch of the Falcon 9 rocket in the United States, in Russia, too, decided to restore stopped five years ago, the development of reusable rockets.

The Russian state rocket center Makeyev resumed the development of the rocket reusable. Single-stage booster will be called “Crown”.

Its development was frozen in 2012.

“The Americans worked out the technology of soft landing of the first degree of the carrier rocket Falcon and its reuse as part of the launch …” Crown “, unlike the American, has detachable steps and is actually a space ship soft takeoff and landing, opens the way to the realization of the far interplanetary missions with crew on Board, ” said General designer of rocket center Vladimir Degtyar.