Home / business / In Russia, a woman and her son jumped from a burning apartment

In Russia, a woman and her son jumped from a burning apartment 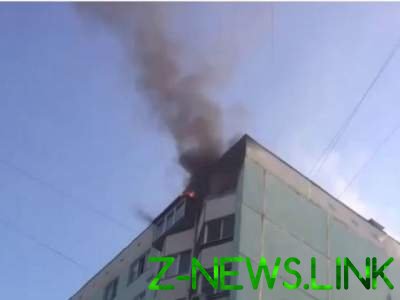 In Rostov-on-don (Russia) high-rise fire caused terrible death of a woman and child who escape the fire jumped from the 10th floor.

Previously, the network showed a video of massive fire in Russia’s Krasnoyarsk, where burning manufacturer of missiles “Mace”, “Blue” and “Caliber”.

As reported by the local resource , the reason of the strongest of the fire was an exploding gas in the apartment. It was reported that the apartment had a brother and sister with a child. When the fire started, the man calmly walked out of the apartment, and a woman with a child, apparently, was cut off by fire from the exit. First from the window fell boy and then his mother.

See also:  In Russia yielded a surprising assessment of the meeting between Putin and Macron