Home / business / In Russia, a man escaped from prison and killed his wife after learning about the divorce

In Russia, a man escaped from prison and killed his wife after learning about the divorce 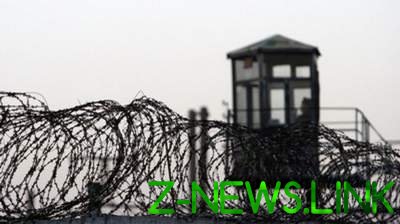 The Saratov regional court has sentenced to 21 year of imprisonment 44-year-old Sergei Dubovitsky, who escaped from prison and killed his wife.

This was reported on the website of the regional Department of the Investigative Committee.

The court found, December 29, 2017 dubovitskiy escaped from the colony-settlement of Krasnoarmeisky district of the Saratov region, where he was serving a sentence for deliberate causing of heavy harm to health (part 1 of article 111 of the criminal code). Shortly before he learned that his wife decided to divorce him. So he came to Engels, in the evening I went home and in the presence of children more than 40 times hit his wife with a knife.

According to “Vzglyad-info” was first serving his sentence in IK-8 of the Ulyanovsk region, but later he was transferred to colony-settlement. He began working as a cattleman dairy farm outside the colony. When during a telephone conversation his wife told him about the intention to divorce, he called a taxi and went to his wife, taking the knife.

Dubovitsky admitted guilt partially, having disagreed that killed his wife with extreme prejudice. According to “Vzglyad-info”, except 21 years in a strict regime colony, a man was sentenced to a fine of 1.5 million rubles to each of eight children.