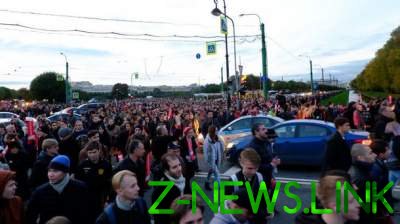 Today in Russia, rallies with the demand to allow Alexei Navalny to participate in the presidential election

We will remind, today in Russia pass meetings with the requirement to prevent Alexei Navalny to participate in the presidential elections.
In connection with the scheduled for Saturday, October 7, mass protests in Russia, the Kremlin warned the Russians to refrain from unauthorized protest on 7 October, the birthday of Russian President Vladimir Putin, as it will be punished by law.

In late September, police detained Navalny at the entrance to his home – a politician going to the rally in Nizhny Novgorod.

A few days later, a Russian opposition leader was sentenced to administrative arrest for repeated calls to participate in uncoordinated public event.