In Russia a group of people homeless and passers-by 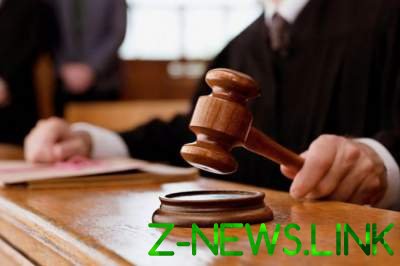 Guilty in the deaths of more than 15 people were convicted.

Moscow city court announced the verdict to the defendants in the case “shiners” who killed homeless people and bystanders in 2014-2015. This reports the press service of the Investigative Committee of Russia.

Paul Waitovu the court has appointed punishment in the form of lifelong imprisonment. Vladislav Karataev sentenced to 16 years, and Elena Lobacheva — up to 13 years of imprisonment.

Maxim Pavlov and Arthur nartsissova sentenced to 9,5 years of imprisonment. Daffodils will serve his sentence in a strict regime colony, and Pavlov in a General regime colony.

See also:  In the exploration told how Russia "merges" the former Ukrainian military in Crimea

The representative of the Main investigatory management SK across Moscow Julia Ivanova, commenting on the verdict, told “Interfax” that the defendants recognized the sacrament “to the killings of more than 15 people”. Earlier it was reported that the defendants cleaners were accused of 14 murders.