Home / policy / In Rostov-on-don, investigators secretly followed the activist of the “Open Russia” in the bedroom 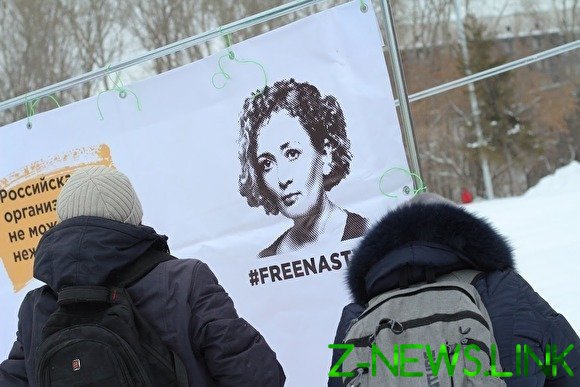 In Rostov-on-don, investigators were secret video in the bedroom of the activist of the “Open Russia” Anastasia Shevchenko, which takes place in the case of activities organization recognized in the Russian Federation undesirable. As reported in Facebook of her daughter Vlada, the surveillance was carried out by the court.

“Six months before his arrest mom in her bedroom stood a video camera installed there at the court for surveillance of a dangerous criminal. This is what we learned in the fall, and with video mother started to meet today. In these photos the whole palette of emotions for the mother when she saw herself in the case file in his underwear,” wrote the girl.

Shevchenko is under house arrest until March 20.

Recall, 21 January 2019 in respect of Shevchenko opened Russia’s first criminal case on the activities of the organization recognized in Russia undesirable (284.1 of the criminal code). Blame the activist not guilty.

Shevchenko was a 17-year-old daughter Alina, who was in a boarding school for children with special needs. She was hospitalized with obstructive bronchitis on 30 January 2019, the mother was allowed to visit her daughter, but on 31 January, the girl died. February 4, Shevchenko was released from custody on a funeral of the daughter.