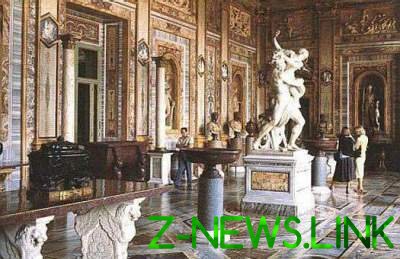 The famous Golden house of Nero in Rome was fully opened to the public after 10 years of restoration. Now visitors can see not only the Museum and exhibition halls, and underground space of the Palace.

Experts have restored the marble furnishings and mosaics, and also replaced the lighting, making it closer to the original.

Visitors will also be able to plunge into the life of Ancient Rome of the age of Nero (I century ad). The Museum has prepared a 3D tour of the interior Passage of the Palace, which stood on the site of the Golden house.

The entrance the Palace was the first Palace of Nero. Through him the Emperor could pass from the main of the seven hills of Rome the Palatine hill to Esquilino. But during the life of the Emperor, the Palace was completely destroyed, and in its place built the Golden house.

A new route for Passing the Palace, including a 3D tour, will be open from Friday to Sunday. The tour of this Palace will be included in the General admission ticket to the Colosseum, the Roman forum and the Palatine.