In Rome died the Russian diplomat 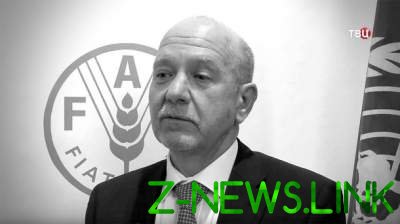 “The leadership of the Russian foreign Ministry regret to announce that on October 6, 2017 after a serious illness prematurely took the life of Alexander V. Gorban permanent representative of Russia to the Food and agriculture organization of the UN (FAO) in Rome,” the message reads.

Alexander Gorban was born in 1954 in the Arctic Murmansk region, graduated in 1977, University. Worked in various positions in the Central apparatus of the MFA of the USSR/Russian Federation and in foreign missions.

In 1998-2003 he held the position of senior adviser to the permanent mission of Russia to the European communities in Brussels, in 2003-2007 he was Deputy Director of Department of economic cooperation (Dec) of the MFA of the Russian Federation. In 2007-2014, he served as Director of DES, the Russian foreign Ministry.

March 2014 – the Ambassador for special assignments of the Russian foreign Ministry. In April 2014, Gorban was appointed Russia’s permanent representative to the FAO.