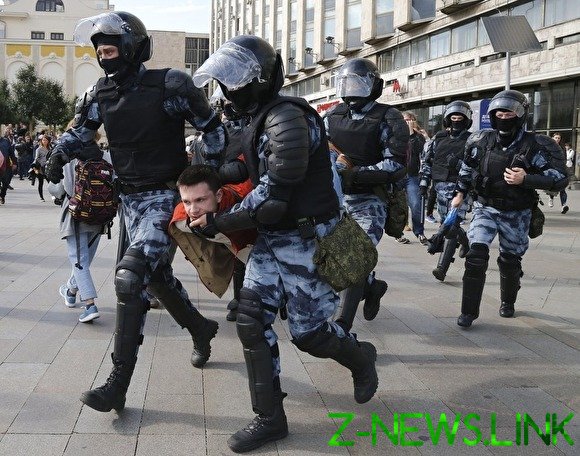 Regardie punished their employees for abuse of authority at the meetings, which were held in the summer of 2019 in Moscow. Some security officers were reprimanded or were terminated. This was stated by the head of the Federation Council Committee on defense and security Viktor Bondarev.

“I’m not saying that all law enforcement officers, 100% were classified as termination of the riots. There were some cases where law enforcement has no jurisdiction. By the way, with them a lot of work: if their actions did not fall under the violation of the rights and freedoms of citizens, it was limited to verbal punishment, if subject was prosecuted. Also, many were punished in disciplinary order or was dismissed from law enforcement bodies”, — quotes Bondareva TASS.

According to the Senator, the overall actions of security forces during rallies in Moscow “was appropriate to the events that were held there, and the threats that there arose”.

We will remind, in Moscow in July and August of 2019 held the shares for fair and free elections to the Moscow city Duma. During the meetings, was detained thousands of people, many suffered serious injuries. A vivid example was the incident with Daria Sosnovskaya, which the security forces during the arrest and was punched in the stomach. SK refused to consider claims beaten by the security forces of protesters. After that, the human rights group “Agora” has complained to the UN for a tough crackdown on the rallies. However, the leadership of law enforcement agencies have reported cases of the use by protesters of violence against the employees of the Ministry of Regardie. According to the facts criminal cases which have become defendants in more than 20 people, some already sentenced.