Home / WORLD / In refusing to extend New START, the US puts the world on the path of collective suicide 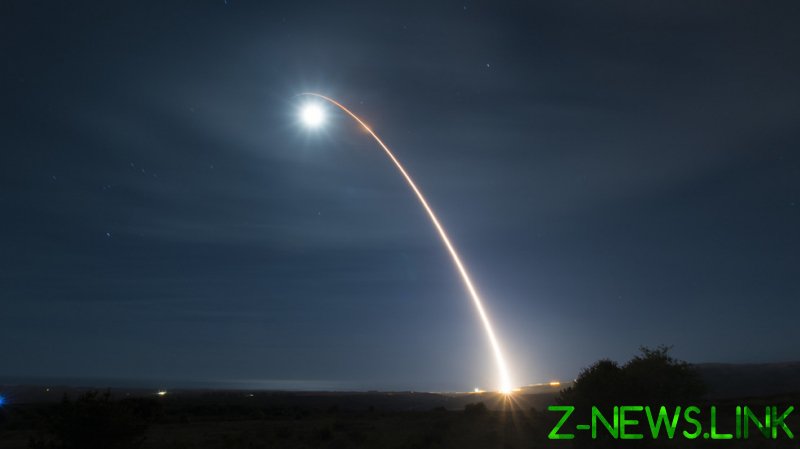 I use this fable in the introduction of my book ‘Scorpion King: America’s Suicidal Embrace of Nuclear Weapons from FDR to Trump’. It was published this past spring, when there was still hope the current administration might embrace reason and agree to a five-year extension of the last remaining arms control treaty in force, New START, that constrained the nuclear ambitions of the United States and Russia.

Recent statements made by Marshall Billingslea, the US special presidential envoy for arms control in an interview with the Russian newspaper Kommersant have made it clear that the Trump administration has no intention of seeking an extension to New START, which is set to expire in February 2021.

First off, Billingslea stated that the US isn’t looking for the automatic five-year extension provided for under the treaty, but rather a “memorandum of intent” of less than five years duration that presents the Russians with a “take it or leave it” proposition: accept a deal that has no constraints on NATO nuclear weapons, or the US will go forward with a nuclear modernization program unconstrained by arms control agreements. Moreover, Russia has until the US presidential election in November to accept the deal or, as Billingslea threatened, “after Trump is re-elected, the ‘entrance fee,’ as we say in the United States, will increase.”

Not surprisingly, the US ultimatum was rejected outright by Russia, with Deputy Foreign Minister Sergey Rybakov declaring“We [Russia] cannot talk in this manner,” and noting that the US position constituted little more than an ultimatum which ultimately lowered any chance of the two nations reaching any agreement on extending New START.

In addition to setting unacceptable conditions regarding NATO’s nuclear arsenal, the US insistence on trilateral negotiations was likewise seen as a non-starter by both Russia and China. The effort to turn the bilateral New START treaty into a trilateral agreement has all but killed the prospects of a New START extension, opening the door to the prospect of a renewed arms race at a time when both the US and Russia are pursuing advanced strategic nuclear weapons. This reality did not appear to faze Billingslea, who noted that “Russia has largely completed its modernization of its nuclear arsenal.”

“We’re just starting ours. And we will be extremely happy to continue it without the START restrictions,” he added.

There is near-unanimous consent among most arms control experts that an extension of the New START treaty is an essential step toward engendering a modicum of stability when it comes to the strategic nuclear postures of both the US and Russia, especially at a time when relations between those two nations have worsened across the board. The decision by the Trump administration to withdraw from the Intermediate Nuclear Forces (INF) treaty in August 2019 further complicated the US-Russian strategic balance. By eliminating intermediate-range weapons from Europe that could strike Moscow within minutes of being launched, the INF treaty helped lower the threshold for a full-scale nuclear conflict between the US and Russia.

The New START treaty is the last remaining constraint on US and Russian strategic nuclear weapons, both in terms of numbers and capability. If it were to expire, both the US and Russia would move forward with the deployment of advanced new systems, inclusive of new hypersonic nuclear delivery vehicles, that would only further exacerbate nuclear postures on the part of both nations that are already operating at near hair-trigger alert status.

History may very well show that the tipping point regarding the viability of the American democratic experiment came when it attempted to bankroll an unnecessary nuclear arms race at a time when the US economy and society, weakened by years of neglect, and further fractured by the stresses imposed by the Covid-19 pandemic, was already teetering on the verge of collapse. Already, the Trump administration has been compelled to pare back defense spending for 2021, due to the demands placed on the overall budget by the pandemic. Billingslea’s cavalier attitude toward funding the coming arms race – “we can afford it” – isn’t reflective of reality.

The US economy is undergoing a fundamental realignment, both in terms of how it operates internally and how it interfaces with the rest of the world. The social demands created by an economy that can only function through massive infusions of government stimulus, and a healthcare system that, for many Americans, exists in name only, cannot be funded by endless borrowing, especially when one of the largest consumers of American debt, China, is engaged in a trade war in which dumping US debt is very much on the table.

In the very near future, US politicians will be confronted with the kind of existential crisis that all empires in decline eventually face, where, regardless of the decision taken, there is nothing that can be done to recover from the mess they themselves have made. The idea that the US Congress will continue to fund a new generation of strategic nuclear weapons under these conditions is absurd. This doesn’t mean, however, that the crisis has been averted – far from it.

As I write in the conclusion of ‘Scorpion King’:

The world labors on the misguided belief that the United States is a rational actor, and therefore not prone to the kind of irrational actions which would lead to a world-ending general nuclear exchange. But the available facts do not support such a conclusion. The casual manner in which the United States has shed itself of the encumbrance of binding nuclear arms control treaties and agreements while simultaneously engaging in a nuclear arms race where the weapons being procured are seen as a viable component of American military power projection suggests that the United States was custom cast as Aesop’s scorpion.

Having embraced the notion that American security is predicated on a new generation of nuclear weaponry unconstrained by the limitations imposed by arms control agreements, having the ability to procure these weapons due to social and financial collapse only exacerbates the threat these weapons were supposed to deter. It doesn’t matter that no such threat exists; perception makes its own reality, and the perception of those, like Marshal Billingsley, who advocate for new nuclear weapons is that such a threat exists.

Like Aesop’s frog, the rest of the world will more than likely seek to help the United States navigate the troubled times ahead. And like Aesop’s scorpion, the United States will very likely reward this kindness by embarking on irresponsible military-based policies designed to offset its own social and economic failings, and trigger a nuclear conflict that destroys it and the rest of the world.

Because it is our nature.